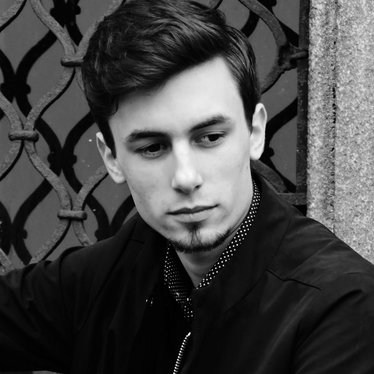 Young pianist Pavel Zemen was born in 1992 into a musical family. He started playing the piano at the age of five under the leadership of his mother Taťana Zemenova and eventually under Irina Tonkogolos at the Primary Artistic School in Rychnov na Kněžnou. He reached under their guidance his first achievements (national competitions of music schools, Prague Junior Note, the international festival of young pianists in Glubczyce–Poland).
For 2005/2006 school year, he attended the Prague Academy of Music, where he was working as a model with the piano students of Prof. Alena Vlasakova.
From 2008 – 2014 he was a student at the State Conservatory in České Budejovice –namely in the discipline of the piano in Marie Kotrčova – Šimkova’s class, one year later also in the discipline of the clarinet in Zdenek Zavičak’s class.

During his studies, he participated in several master workshops (of Prof. Alena Vlasakova, Prof. Vera Nosina, Jonathan Aner, Clara Moniuszko and others). He registered successes even at interpretative competitions where he always found a prominent position. He appreciates among his achievements primarily his 2nd prize at the South Bohemia Talent Competition, his 1st place and overall winner at the Pro Bohemia Piano Competition in Ostrava, the certificate of merit at the International Competition of Leoš Janáček in Brno and especially his 1st place at the Bohuslav Martinů foundation where he also obtained the prize of performing a solo concert during the Prague Spring International Festival in 2013. Besides mentioning, he performed a recital at Suk Hall – Rudolfinum in Prague and at the International Festival of Chamber Music in Česky Krumlov. He also cooperated as a soloist with the Southern Czech Philharmonic.

He was nominated by the Department of Piano Interpretation to perform pieces by S. Rachmaninoff and V. O. F. Korte on the Czech Radio Vltava broadcast. His name has appeared on the List of Young Artists provided by the Czech Music Fund Foundation since 2016.
In 2017, he won a prestigious scholarship in the YMFE competition. Pavel gained a special prize for the Piano Sonata of S. Barber in the Ibiza International Piano Competition and won first prize and awards for the best Czech participant in the Leoš Janáček International Competition in Brno. In November of that year, he received the Grand Prix and the 21st Century Artist's Recommendation at the International Performance Competition in Lonigne, Italy. In the framework of the International Music Forum, Pavel debuted with a solo recital during the Subscription Cycle of the Friends of Music Association at the Brno Philharmonic.
Nowadays he is a first-year student in the Master’s program at the Janaček Academy of Music in Brno in Prof. Alena Vlasakova’s class. He regularly performs concerts throughout the Czech Republic as well as abroad. He is also a successful teacher. His student received the 1st prize at the Competition of Basic art schools. He’s been teaching also at the Brno Conservatory as a pedagogue since 2017. 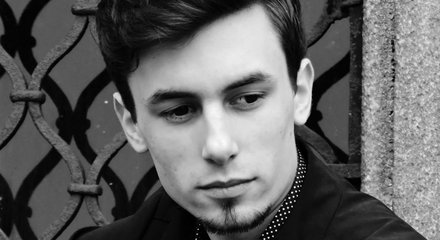