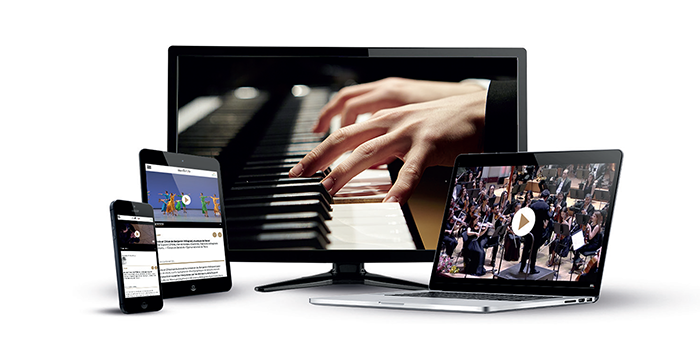 medici.tv is the global leader in classical music video streaming. For nearly 10 years, its exceptional selection of events streamed live and available on-demand has appealed to music lovers, professionals, and institutions throughout the world.

Heralded by The New York Times as “the closest thing to a classical Netflix,” medici.tv brings live classical music to passionate fans worldwide. Since its founding in 2008, it has captured the performances of leading classical artists, ensembles, and orchestras in great concert halls, festivals, and competitions the world over. As the largest online platform for classical music, it offers over 150 live performances throughout the year and the world’s largest VOD catalog of more than 2,000 videos of concerts, ballets, operas, documentaries, master classes, behind-the-scenes footage, and interviews, streamed in High Definition. medici.tv is available on all your screens–TV (via AirPlay or Chromecast), computer, tablet, and smartphone.

Find out more at medici.tv