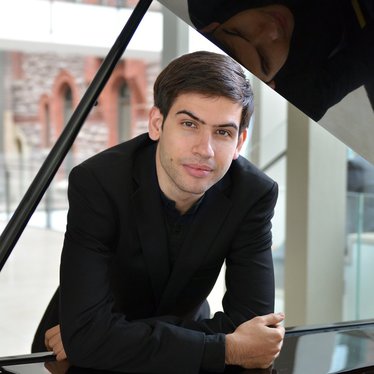 Jean-Selim is a versatile musician from Switzerland, both pianist, and composer. He plays in halls such as the Royal Festival Hall, the Wigmore Hall, the Barbican Hall (London), the Palau de la Musica (Barcelona), the Koerner Hall (Toronto), the Sendesaal (Bremen), the Carnegie Hall, 92Y Buttenwieser Hall (New York), the Palais des Beaux-Arts (Brussels), and festivals such as Lucern Festival, Lavaux Classics, Ittinger Pfingstkonzerte, Prussia Cove Open Chamber Music, Düsseldorf Schumannfest and Festspiele Mecklenburg-Vorpommen.
He is the recipient of many awards in both piano and composing including the first prizes at the 2012 Edvard Grieg International Composer Competition in Oslo, 2013 Lausanne Concours d'Interprétation Musicale and 2016 Premi de Musica de Cambra Montserrat Alavedra, the third prize at the 2015 Ciurlionis International Piano Competition in Vilnius, the 2015 Guildhall Wigmore Recital Prize in London and the 2018 Lili Boulanger Memorial Fund Award in Boston. Since 2017, he is represented by the YCAT agency.
He holds the 2014-15 Rebanks Family Piano Fellowship at the Glenn Gould School in Toronto and is invited by András Schiff to give solo recitals across Europe as part of his 2016 Building Bridges concert series.
His works are played by musicians including Heinz Holliger, Antje Weithaas, Patricia Kopatchinskaja, Sylvia Nopper, Gilles Colliard, and Einar Steen-Nokleberg, and ensembles like the Orchestre de Chambre de Toulouse, the Swiss Chamber Soloists, the Camerata Bern, the Zürcher Kammerorchester, the Sine Nomine Quartet and the Ensemble Séquence.
He is an alumni of Lausanne HEMU and Guildhall School of Music and Drama where he studied with pianists Christian Favre and Ronan O'Hora and composer Julian Anderson. He has played in masterclasses with Gyorgy Kurtag, Ferenc Rados, Andras Schiff, Denes Varjon, Mitsuko Uchida, Imogen Cooper, Stephen Hough, Angela Hewitt, Richard Goode and Leon Fleisher, and has been advised on composition by Heinz Holliger and George Benjamin. From September 2018, he will be one of the two students of the Sir András Schiff Performance Programme for Young Pianists at the Kronberg Academy in Germany.
He is supported by the Leenards Foundation, the city of Nyon, the Fritz Bach foundation, the Rotary Club, and the Denereaz foundation. 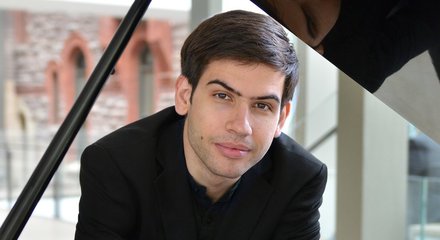