Today – meeting the pianists of tomorrow

And they’re off! Yesterday’s competitors astounded us with electric performances including Mozart Fantasias, Rachmaninov Etudes and Chopin Polonaises. Today’s line-up certainly maintains the excitement and excellence, to say the least! We got to meet some of them backstage and gain an insight into what it takes to compete at the great Leeds International Piano Competition.

Nerves are flying high. Walking off stage after his brilliant recital and sumptuous interpretation of Debussy’s Rêverie, Aljoša Jurinić, from Croatia, recounts how overwhelming nerves can be during a competition. He explains how anxious he was to receive the result of the First Round, not least because of his memory blank in the first piece. When he received the good news, he realised that he was participating in a competition where the jury were looking for the entirety and not hindered by insignificant mistakes. He explains how competitions like The Leeds are a driving force for preparation and analysis of repertoire, but most especially in his dealing with stage nerves. His wife Marija, smiling in agreement, adds that thanks to this preparation she is relieved to say that there are no emotional breakdowns. 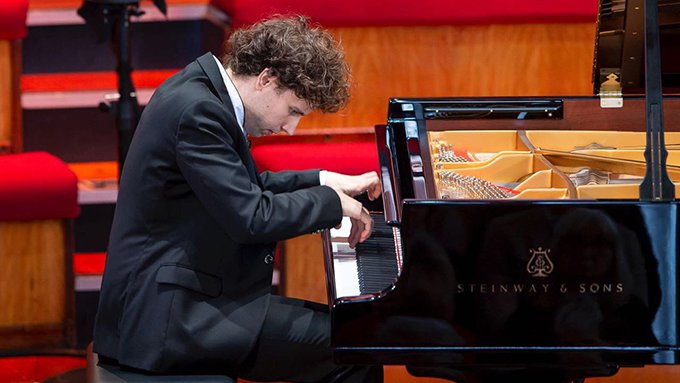 South Korean Taek Gi Lee joins us from the Juilliard School New York and is headed to Curtis Institute of Music, Philadelphia. We caught him in the wings before his performance, where we came across a video of his First Round recital. Laughing and coyly hiding he explained: “I was surprised when the jury chose the longer, more challenging programme for today”. Fortunately for us, it resulted in a rousing performance of Chopin Ballade No. 1 in G Minor.

Energy from an exhilarating Kapustin Prelude was radiating from Mario Härring who explained to the backdrop of rapturous applause that even though he felt the stress at the beginning of his performance, once it had dropped it was a “joy and a great feeling” to be onstage communicating with the audience. Amidst the nerves it is great to know that Mario is having fun at The Leeds. He particularly appreciates the opportunity to meet with other musicians which echoes his love of chamber music – conviviality onstage, making music with friends. 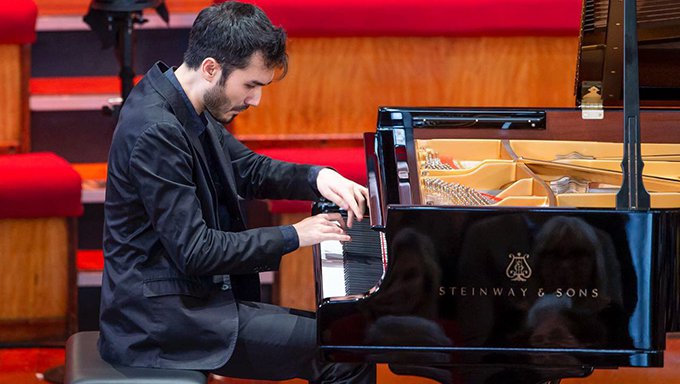 All of our competitors today joined in telling us how honoured they were to have made it through to the Second Round and come to Leeds. Pavel Zemen from the Czech Republic went on to say how it is a musician’s dream to play for a large audience and share a love of music. His intense and impassioned performance of the Bartok Sonata was definitely a testimony to that, an absolute must see. Revel in every note on replay along with all of today’s performances.