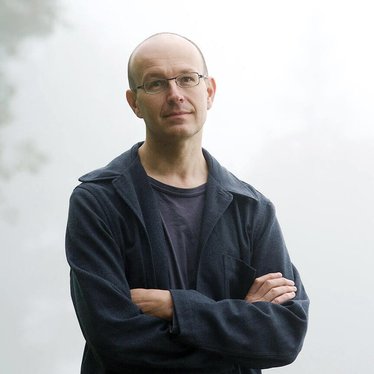 Thomas Larcher stands out as one of the most imaginative voices in classical music today. Born in Innsbruck in 1963, Thomas Larcher grew up in Austrian Tyrol and studied composition and piano in Vienna. Today he is celebrated internationally as a composer, pianist, and programmer.  His music is inventive and captivating, as he combines contemplative harmonies with extended performance techniques – at once experimental and responsive to tradition.

New works in the 2015/16 season include Larcher’s forth string quartet Lucid Dreams (2015) for the Belcea Quartet’s 20th anniversary season (performances in London, Vienna, Luxembourg, Berlin and Grenoble), Ouroboros (2015) for cello and chamber orchestra, written for Jean-Guihen Queyras (performances in Amsterdam, Lausanne, Munich, Vienna, Oslo, Orebro and Hong Kong) and a concerto for orchestra for the Vienna Philharmonic Orchestra and Semyon Bychkov, which will be premiered in Vienna in June 2016.

Larcher’s early works are characterized by his preoccupation with the piano and its tonal qualities.  He established new benchmarks in piano literature with compositions such as Naunz for piano solo (1989), Kraken for violin, cello and piano (1994/5), Mumien for cello and piano (2001). A series of string quartets  Cold Farmer (1999), Ixxu (1998–2004) and Madhares (2006/7) continued his path of exploration, absorbing and crossing stylistic boundaries, ‘wandering freely among musical traditions’. The quartets contain highly original sounds, often derived from extended string playing techniques.

Larcher began using the colourful timbres of the orchestra, starting with his solo concertos – Still (2002) for viola and orchestra, Böse Zellen for piano and chamber orchestra (2006) and the Violin Concerto (2008). His first large orchestral score, written for the San Francisco Symphony in 2011 and conducted by Osmo Vänskä, was Red and Green, a pair of movements with contrasting tonal colouring. Critic Stephen Smoliar commented: “The result is a highly unique listening experience with a perfectly valid aesthetic of beauty … my only regret was having but one opportunity to experience this stunning music.” Later that year, the Double Concerto for violin and cello was commissioned and premiered at the BBC Proms with Viktoria Mullova and Matthew Barley under the direction of Ilan Volkov, for which Larcher was awarded the International category of the British Music Awards 2012.

Larcher’s skill in writing for  the voice is evident in his astonishing and highly original works for ensemble and orchestra including My Illness is the Medicine I Need (2002) for soprano and piano trio, a much performed work that has recently been arranged by the composer in a version for soprano and ensemble, Heute (2005) for soprano and orchestra, and Die Nacht der Verlorenen (2008) for Matthias Goerne and the London Sinfonietta.
In 2014, A Padmore Cycle, originally for tenor and prepared piano, was recomposed as an orchestral score with voice and was premiered by the BBCSO under Edward Gardner in November 2014. It is scheduled for performance in Munich next season. Tim Ashley in the Guardian wrote, “Larcher’s writing fits Padmore’s voice like a glove, erasing its register breaks, showcasing its purity of sound and flexibility.”
In 2015, Alle Tage, a symphony for baritone and orchestra, was premiered by Matthias Goerne with Jaap van Zweden and the Netherlands Radio Orchestra at the Concertgebouw Amsterdam and with Christoph Eschenbach and the Gewandhaus Orchester in Leipzig.

Larcher has been Composer in Residence at the Vienna Konzerthaus, the Mozarteum Orchester, Wigmore Hall, and many festivals including Davos, Heimbach, Risör, Mondsee and Bantry.

In 2015 he received the Austrian “Kunstpreis” for music and the Chamber Music Society of Lincoln Center’s Elise L. Stoeger Prize 2014/15, awarded every two years in recognition of significant contributions to the field of chamber music composition.

Издание Современной Музыки ECM has recorded three discs of Larcher’s works, establishing his distinctive voice: Naunz (2001), Ixxu (2006), and Madhares (2010). What Becomes with Mark Padmore and Tamara Stefanovich was released on harmonia mundi in 2014. His recordings have been awarded several international prizes, including the Preis der deutschen Schallplattenkritik, the Choc de la musique, and the Diapason d’Or.

Larcher is highly regarded as a pianist; his repertoire is broad, ranging from his Schubert/Schönberg CD with ECM to accompanying Mark Padmore in Schubert’s Schwanengesang or Matthias Goerne on the highly acclaimed recording of Hanns Eisler’s Ernst Gesaenge –Lieder with piano.

In recent years Larcher has begun conducting, working with orchestras such as Munich Chamber Orchestra, Mozarteum Orchester, Netherlands Radio Kamerfilharmonie and with soloists including Isabelle Faust and Igor Levit.

In 1994 Larcher founded the festival KLANGSPUREN, now an international renowned festival for contemporary music. He stepped down in 2003 to establish the Swarowski MUSIK IM RIESEN festival in Wattens, Austria which he still runs, a gathering of the best international chamber musicians in May each year.