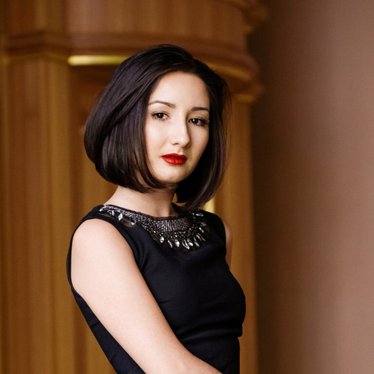 Salimdjanova was born in Tashkent and began her studies at the Uspensky Music School with famed Tamara Popovich (a former teacher of legendary pianist Alexey Sultanov). She made her orchestral debut at the age of 9 with the National Symphony Orchestra of Uzbekistan led by conductor Kuvanch Usmanov performing Mozart’s Piano Concerto KV 450. In 2007 Salimdjanova entered the Moscow Central Music School and continued her education at the Moscow Tchaikovsky Conservatory both under the guidance of Professor Irina Plotnikova. She has finished her Bachelor Course in the Royal College of Music in 2016 studying with Dmitry Alexeev thanks to generous support of the Future for Russia Scholarship supported by a Lee Abbey Award. Salimdjanova has also been supported for many years by Spivakov’s International Charitable Fund, the Russian Performing Arts Fund, and Transmashholding Organization.
For the moment Tamila continuing her postgraduate studies at the Royal College of Music with the full tuition scholarship, supported by the St Paul's Knightsbridge Scholarship, Milstein Medal Award, Edward Manuel/Jacques Samuel Pianos Bursary. Studying in a class of prof. Vanessa Latarche. 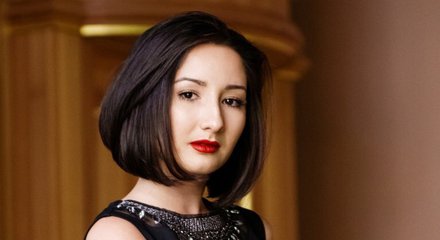