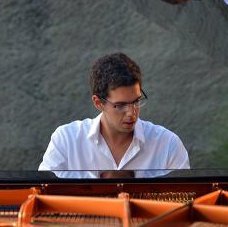 Salih Can Gevrek is currently studying an Artist Diploma degree at the Royal College of Music London with Dmitri Alexeev, supported by a Russell Race Award. He previously studied at Bilkent University with Gulnara Aziz and Anna Garibian. His achievements started at the age of 10 when he became a prize winner in many international piano competitions in Turkey, Bulgaria, and Russia and has performed in various international music festivals, most notably at the Granada Music Festival in Spain, Antalya Piano Festival, "Three Choirs Festival" Worcester and Bosch Young Classical Musicians Festival. His solo recital for the Ankara Music Festival 2011 was highly praised and broadcasted live on national radios of Spain and Turkey. He has played a wide range of chamber music with different ensembles including violin-piano duo works, trios, and quintets. He has also appeared as a soloist with the Bilkent Symphony Orchestra, Ankara Philharmonic Orchestra, and the Presidential Symphony Orchestra performing works by W.A. Mozart, L. van Beethoven and S. Rachmaninoff. He has performed in celebrated London venues such as Wigmore Hall, Cadogan Hall, Southbank Centre’s Purcell Room, Steinway Hall and St. Martin-in-the-Fields. Recently, he has been accepted to join the Queen Elizabeth Music Chapel in the piano section of Louis Lortie from autumn 2018. 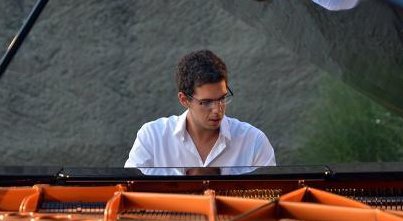