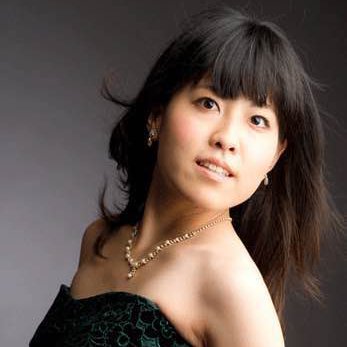 Fuko Ishii was born in 1991 in Tokyo into a family of musicians and began studying piano at age of four.

Laureate of many competitions including the 3rd International Chopin Competition in Asia (1st prize), the 58th all Japan Students Music Competition (1st prize ), the 9th Ettlingen International Piano Competition (3rd prize), the Japan Chopin Competition (2nd prize). In 2013, she won the 1st prize at the Toho concerto competition and the 82nd Japan Music Competition. At the final, she performed Rachmaninoff 3rd Concerto Op.30, which was broadcast on NHK television. She currently performs in numerous concerts and festivals, TV, and radio programmes in Japan, including “La Folle Journee in Kanazawa”, “NHK Best of classic”, “NHK Recital Nova” both as a soloist and chamber musician.

Her international performances include those the concerts at the Carnegie Hall in the US, “Euro Music Festival” in Germany, Spain, Switzerland, and Romania. She has appeared as a soloist with the Brasov Philharmonic, Poland Krakow Philharmonic, Janacek Philharmonic, and has appeared many times with Japanese professional orchestras such as the NHK Symphony, Tokyo Metropolitan, Tokyo Symphony, Central Aichi Symphony, Japan Philharmonic, Yomiuri Nippon Symphony, Gunma Symphony Orchestra, under the baton of Mr. Tadaaki Otaka , and Mr. Ryusuke Numajiri etc.  In 2016 she appeared as a soloist with the Kyoto Symphony and Kanagawa Philharmonic Orchestras performing Brahms Concerto No.1 and the contemporary Piano Concerto of the Japanese composer, Akira Miyoshi. Since 2017 she gave a recital in Los Angeles, Tokyo, Basel and gave a chamber music concert in Köln, Barcelona, and in the Livorno Music Festival in Italy. She has taken part in masterclasses of Prof. Kämmerling, Prof. Vardi, Prof. Gililov, Prof. Rouvier, Prof. Raecallio, Prof. Dorensky, Prof.Götzke, Prof. Nersessiyan...

Fuko graduated with distinction from the Toho Gakuen School of Music in 2014. Since 2015, she studies Solo Performance with Prof. Claudio Martinez- Mehner, first in the Hochschule für Musik und Tanz Köln in Germany, and since 2016 in Musik Akademie Basel. She is also working on the Hammerklavier with Prof. Eduardo Torbeallini in Basel  and studied Chamber music with prof. Anthony Spiri in Köln. After getting support from the Meiji Yasuda Cultural Foundation, in 2016 she was awarded a scholarship from the Rohm Music Foundation. Since 2018 she is supported from the Japanese Agency for Cultural Affairs. 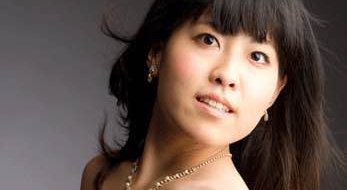