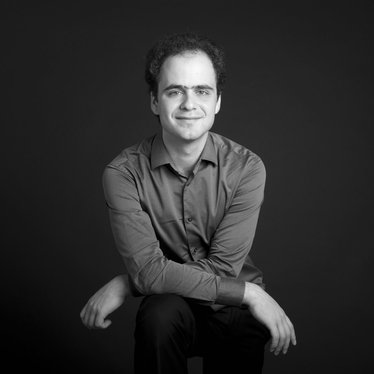 An eclectic musician, Florian Caroubi is enthusiastic about a broad scope of repertoires and styles, whether it be for solo piano, chamber music, accompaniment for singers or orchestral conducting. His musical activity has led him to travel to a number of countries including the Netherlands, Malta, Italy, Spain, Germany, and Malaysia.

As piano soloist, he has performed in recitals in prestigious venues such as the Concertgebouw in Amsterdam, the Teatru Manoel in Valletta (Malta), the Theater De Singel in Anvers, the Flagey in Brussels, the Théâtre du jeu de Paume in Aix-en-Provence, the Couvent Royal in St-Maximin, the Silvacane Abbey,  the Salle Molière and the Auditorium in Lyon or the Opera in Lille. On occasions, he has featured in radio and television shows in France and in the Netherlands. He has been invited to perform as a piano soloist with the Chamber orchestra of Toulouse and the Chamber orchestra of Chisinau.

Passionate about meeting and sharing with other musicians and possessing a wide variety of skills, Florian Caroubi has collaborated with renowned interpreters such as the clarinetist Nicolas Baldeyrou, the sopranos Elsa Dreisig and Nadine Koutcher, the baritone Hans Pieter Herman. Especially passionate about voice, he created a duo with the young and talentuous mezzo-soprano Adèle Charvet with whom he performs frequently in France and abroad. The duo received the Prix de la Mélodie at the international lied competition Nadia and Lili Boulanger (Paris), and, more recently, the first prize and four special prizes (for the interpretation of the contemporary piece, by the press jury, by the junior jury, and by the Dutch association friends of the Lied) at the international competition IVC in s’Hertogenbosch (the Netherlands). He was chosen as an HSBC Laureates for the famous Aix-en-Provence Festival. In the same field, he has taken part as a pianist-vocal coach in several opera productions, and collaborates regularly with the Opera of Saint-Etienne and the Opera of Lyon.
Florian graduated from the prestigious Conservatoire National Supérieur de Musique et Danse of Lyon, with two Master’s degree in Piano and in Piano accompaniment for which he was awarded special congratulations (félicitations du jury).
Conducting an orchestra has offered Florian a number of openings. He has become the permanent musical director of the Amacordes orchestra. He has been invited several times to Malaysia by the KLCO (Kuala Lumpur City Opera, former EST), where he conducted several opera recitals and complete operas on stage (Puccini's La Bohême and Bizet's Carmen). In June 2014, he conducted the premiere of the Piano Concerto by Pascale Jakubowski.
Strongly dedicated to the advancement of classical music and particularly to its reaching new audiences, Florian Caroubi is involved in several educational projects. For instance, he is the musical director of Le Carillon de Papageno, an association which promotes opera and classical singing and creates educational shows such as La Petite Flûte Enchantée. Besides, in collaboration with the Syrah Quartet and the Opera of Marseille, he takes part in the scheme “Apprenti chef d’orchestre”, which offers secondary school pupils an introduction to conducting, a golden way to convey the wonders and mysteries of music. 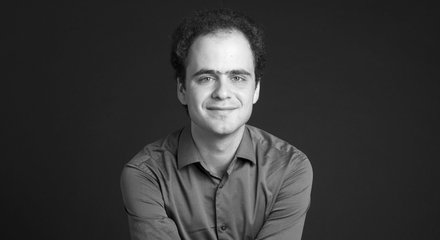