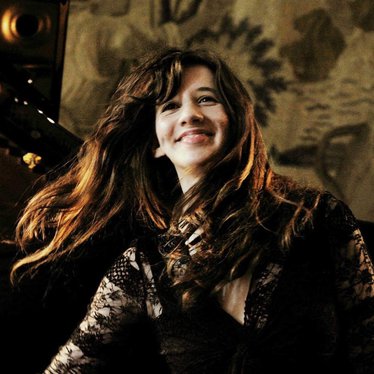 Evelyne Berezovsky - "a huge temperament, dazzling technique and a heart to match" - "there are two qualities in particular which mark her playing - dynamism and spontaneity, with a pure pianistic heritage from her father" - Le Monde

Evelyne Berezovsky was born in Moscow in 1991. She started playing the piano at the age of five and two years later joined the class of Ilana Davids at the Purcell School of Music. She then studied at the Royal Academy of Music in London with Hamish Milne, in Italy with Elisso Virssaladze, and with Rena Shereshevskaya in Paris. Evelyne played in public since she was 7 years old and appeared with the orchestra for the first time at the age of 11 playing Mozartʼs Concerto K415.

Since then she has performed at major venues in London, including the Wigmore Hall, St. Johnʼs Smith Square, and the Southbank Centre, and at concert venues in Germany, Belgium, Holland, France, Norway, Russia, and Japan, including a recital at the prestigious piano festival in La Roque dʼAntheron. In February 2012 she won First Prize in the Lagny-sur-Marne International Piano Competition in France by a unanimous decision of the jury; she also won the Audience Prize, the Mayorʼs Prize, and the Paris Conservatoire Studentsʼ Prize. Following this, she has been regularly invited to play on Radio France, including a performance at the Fête de la Musique which took place at the Olympia, Paris. Evelyne has continued to give concerts and recitals all over the world, including concerto performances with London Musical Arts Orchestra under John Landor, Enschede Symphony Orchestra under Jaap wan Zweden, Hulencourt Soloists Chamber Orchestra under Giuseppe Montesano and Ben Ellin, and performed Mozart and Rachmaninov concertos with the Tokyo Mozart Players under Xavier Roth, Musica Viva under Alexander Rudin, Thailand Symphony Orchestra and North Czech Philharmonic under Gudni Emilsson, and the Latvian National Symphony Orchestra under Andris Poga.