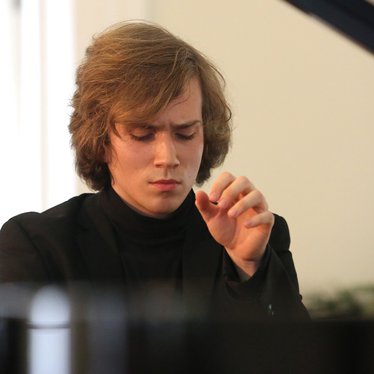 Andrzej Wierciński was born in Poland in 1995 and started his musical adventure on the piano, at the age of six. At first, he was persuaded by parents, but with time, he became more and more willing, because the practice on that instrument gave him more and more joy. Initially, he attended the G. Bacewicz Secondary School of Music in Warsaw, learning the basics of music theory and performing the practice. Afterwards he passed the entrance exam to the Secondary Music School named after Zenon Brzewski in Warsaw, where he enhanced his skills under the supervision of Prof. Anna Jastrzębska-Quinn.

In 2015, at the age of 19, Andrzej Wierciński earned special recognition when he won first prize at the 46th Polish F. Chopin Competition in Warsaw, also then gaining an expanded following of listeners to his music.

In Poland, Andrzej has played many recitals at the birthplace of Fryderyk Chopin in Żelazowa Wola and also at the Chopin Museum in Warsaw. He has also collaborated with the best orchestras in the country, such as the National Philharmonic Orchestra, the Chamber Orchestra of Elbląg and the Polish National Radio Symphony Orchestra. He has performed the Fryderyk Chopin Piano Concerto in E-minor Op.11 with the National Philharmonic Orchestra under the baton of maestro Jacek Kasprzyk during the Polish Festival at the EXPO in Milan. Andrzej has performed concerts in most European countries as well as in Canada, Japan and Indonesia. He has cooperated with the KAWAI company, which invited him to play in Asia. In addition, he cooperated with maestro Alexander Liebriech, Mirosław Błaszczyk, and Marek Moś. During the visit to Japan in 2015 of the President of Poland Bronisław Komorowski, Andrzej played a Chopin recital in Tokyo in the presence of Princess Masako Owada.
Andrzej has taken part in international master courses conducted by eminent pedagogues, including Dmitri Alexeev, Akiko Ebi, Andrzej Jasiński, Lee Kum-Sing, Anna Malikova, Janusz Olejniczak, Carlo Palese, Dang Thai Son, Tomas Ungar and Katarzyna Popowa-Zydroń. He also participated in the monthly piano course Morningside Music Bridge in Calgary, where he received master classes from Krzysztof Jabłoński and Andre Laplante. He plans to undertake a further course in August 2018 in The Netherlands – The International Holland Music Session – under the supervision of Professor of the University of Paris, Michel Beroff. 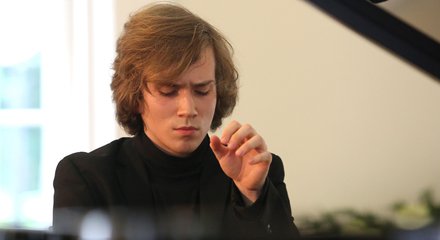