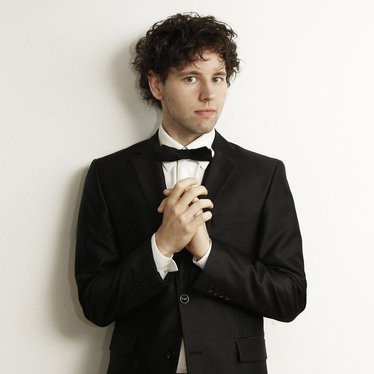 Aljoša Jurinić has won all the major awards for young musicians in Croatia, most notably the Vladimir Nazor Award given annually by the Croatian Ministry of Culture for highest achievements in various artistic fields.

Hailed by the Music&Vision magazine as "a Chopin-player beyond compare" following a recital in London, he has continued to perform solo and with orchestras in many countries, appearing at important festivals such as Serate Musicali (Milano), Chopin and His Europe (Poland), Nohant (France), From Easter to Ascension (Tbilisi, Georgia), Kiev Summer Music Evenings (Ukraine), Dubrovnik Summer Festival (Croatia) and others. In February 2015, he made his Carnegie Hall recital debut.

His first CD titled "Chopin Alive" featuring a recording from a Chopin recital was published in 2017.

Aljoša Jurinić is currently studying under Prof. Grigory Gruzman as a Concert Diploma candidate at the Hochschule für Musik Franz Liszt in Weimar, Germany. Previously he studied under Prof. Eliso Virsaladze at Scuola di Musica di Fiesole (2011–2014), Prof. Noel Flores at the University of Music and Performing Arts Vienna, Austria (2009–2011) and Prof. Ruben Dalibaltayan at the Academy of Music of the University of Zagreb, Croatia (2007–2012).